All I Know about Fighting – Grappling 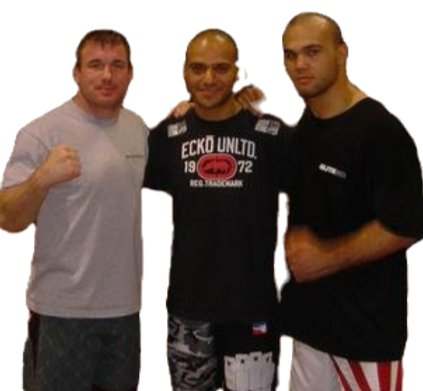 Well, this will show you how little I know about fighting, it can all be summarized in a single (maybe 2) blog posts 😀

This will be one of my last posts (at least for a while), just felt its important to get it out there to my students, law-abiding citizens, and law enforcement. If you’ve been a student of mine or followed me for a while you know I don’t like to teach techniques, instead, I like to focus on principals that can be applied across a wide spectrum of situations. Fighting is so dynamic, I wouldn’t be able to teach you a technique from every position/situation if we’ve trained together for 10 years.

This is one of the hardest things to teach, “fight without fighting.” This dude lost his mind. Maybe, but if we agree that you will not be younger, stronger, more physically gifted than every opponent you may face, then we need to fight without fighting. An analogy I use a lot with my students is getting off the train tracks, if a train is barreling down the tracks at you, simply step off the tracks, don’t stand there and dig your heals in. Another popular metaphor, I like using metaphors, it makes me seem a lot smarter than I really am, is the mandatory and the charging bull, same concept.

There is a time and place to apply physical strength: 1. When you want to “bate” the opponent into fighting you on one battle front to take and finish him on another front. If you think of grappling as a 3D chessboard, aggro your opponent in one quadrant to stack the board on that side, and deliver your finishing (or positional improving) move in the opposite quadrant. Also be ready to flow back and forth between quadrants.

Most chokes are nothing more than a triangle. With two triangle arms and a stopping bar (also referred to as a baseplate). Don’t forget about the word “art” in martial arts. You can make up your own chokes. Figure out a way to get two triangle arms (can be any combination of your thigh, forearm, gi/clothing, the opponents, arm, the opponents’ shoulder, etc), and a base plate (again a body part, gi/clothing, floor, etc). Once that triangle is secured and formed, figure out a way to make the apex of the triangle more acute and find a way to advance the baseplate towards the apex, and bang, you have a choke.

Is nothing more than moving a joint past its normal range of motion, preferably with the reliance on a lever system and not muscular effort. A lever has three components, an effort arm, fulcrum, and a resistance arm. Think of an old school playground teeter totter.

Well, there’s 32 years of knowledge summarized for you, as you can see I don’t know a whole lot, but I think if you can implement these principals your self-defense and jiujitsu game may improve.

I might release another blog on striking soon. I can’t tell you how much martial arts has helped me in my life, and just a little hint: these principals apply off of the mat just as well as they do on that mat.

If you are in the Kalamazoo or Portage are and want to learn more, I know an amazing group of people at this place called Lightning Kicks, www.lightningKICKS.com, check them out.