Death of the Toxic Man is the Birth of the Hero 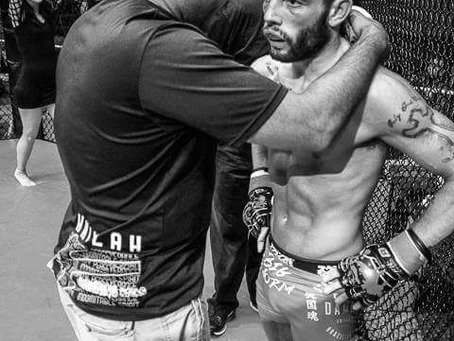 Who is the toxic man if it is not the untested man? Indeed, it is the  man who can feel the tug of the heroic deep within his psyche calling him towards the dangerous path of greatness, but alas, chooses to ignore the voice of the hero within. This hero beckons each man to examine himself and ask if he is truly living a life worth celebrating, if they are truly making heroic and noble sacrifices that inspire their families and communities towards the deep dignity of humanity. Unfortunately, the toxic man can see that heroic vision but out of fear chooses to take the safer path, the path of comfort, security, and pleasures.

The toxic man is haunted by his inner hero, and realizing he is too afraid to truly walk the dangerous path of the hero he misplaces his pent up angst and targets those around him whom he sees as being “less than.” These are the men who beat, belittle, berate, and abuse their wives or girlfriends. They are the ones who bully the weakest amongst them and take pleasure in the failures and shortcomings of others who have the courage to pursue their dreams. They are the back stabbers, the thieves, adulterers and pornographers who all too often choose to live vicariously through others. They are the voyeurists who spend hours upon hours watching the athletes and actors on television living the lives they’ve always wanted. Instead of creating families, discipling children, investing in their wives/significant others, communities or their friends they settle for a sad and pathetic life of voyeurism.

Ultimately, the toxic man is a coward, and the coward is a dangerous kind of man because he is unpredictable, unreliable, and mainly concerned with his own survival. He has a warped sense of reality because he is unwilling to answer the questions, “Am I one of the weak, or am I one of the strong?” This quality of man needs to be put to death and martial arts and combat training has proven to be a most effective executioner.

Something remarkable happens when a man exercises the discipline to defend himself and the courage to engage in unarmed combat. He can feel all the collective pent up fears bubble up to the forefront of his mind and is overwhelmed with the sense of dread that something utterly horrible will happen if he loses, fails, or is physically overwhelmed by another. The coward within bares his fangs and tells him that all the horrible and nasty things we’ve believed about ourselves our whole life will be proven true if we lose, and that thought is too much for the inner coward to bear.

And so the man is in utter anguish as he wrestles with what to do, who to listen to: the coward, or the hero. And as the man takes that step towards the hero he can feel a deep transformation begin from within, for he has exercised one of the noblest qualities: courage. He has fed the hero and starved the coward, and is becoming something new. And the best thing that can happen to a man is to taste defeat, the taste of his own blood, and realize he is still standing and that none of his fears came true. This is a journey of liberation and healing for so many.

This is the journey many men have engaged in at Lightning Kicks, myself included. Whether it be through Self Defense workshops Brazilian Jiu Jitsu or Mixed Martial Arts, each man is transformed as they learn, grow, and discover who they are and what they are capable of, especially in relation to others and within their community. For so many men the thought of physical confrontation or conflict is overwhelming, but these fears are erased on the mat and you can accept and appreciate the beauty of a skilled and talented martial artist, even if it is someone who could clean your clock.

When I came to Lightning Kicks, I was an absolute coward, terrified to find out the answer if I  was one of the weak or the strong, and chose to engage in a variety of ignoble and destructive behaviors. However, that began to change when I committed to the art of combat. I trusted my coaches and followed their example. I developed the courage to spar with others, taste defeat and the taste of my own blood, and realized that none of my worst fears came true and I was still standing. I was liberated and could feel the weight of the world fall from my shoulders. I felt like I was finally a part of a community; that I could appreciate the mastery of those superior to me and desired to help those less skilled than myself and be a part of their journey. There was no pecking order anymore, only the commitment to help each other to become the best versions of ourselves and cheer each other on their own heroic journey through life.

It has been a slow and painful death, that of the toxic man that lives within me, and he still bares his fangs at me every once in a while. But I am now surrounded by a community who is committed to helping me on my own heroic journey, in life and on the mat, and together we are pulling the plug on the toxic man and are taking great pleasure in watching him die. If you are reading this, I hope you’ll stop in sometime and allow us to support you on your own heroic journey of liberation.