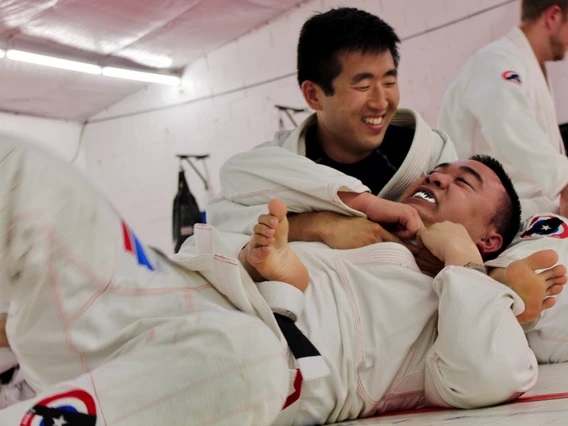 Man, this is a tough one.

I feel like a general consensus between human beings is that we want immediate gratification in almost any situation. Faster internet, faster cars, faster service, faster results in body changes after working out so on and so forth. I mean really think about it. We wait at microwaves for our food. As human beings, there are some things in this world that we are inherently impatient with. I’m not trying to insult anybody but next time you microwave your food, or you start a diet and work out, or you just so happen to get stuck with a slow cashier, take a step back and watch how those seconds feel like they turn into hours.

Pretty gnarly isn’t it? Immediate gratification. We want that feeling of success. We strive for it; fight for it. Sometimes, no matter how hard we fight, we still won’t get it. Lo and behold, we become frustrated. We put in so much effort into something and sometimes the return isn’t everything we expect and we get let down.

Now what does this have to do with Brazilian Jiu Jitsu? Well except for a few special cases (BJ Penn is a great example. Took him three years) the path to receive the coveted BJJ Black Belt is a long and arduous one. Ask any current BJJ Black Belt how long it took them, and I guarantee you they will say somewhere between 10 and 15 years with some exceeding that time frame. Now there hasn’t been an actual study on this, but if you speak to any martial artist that knows of BJJ, or trains BJJ, they will all say the same thing; BJJ is the hardest martial art to earn a Black Belt in. Argue all you want. Unlike traditional martial arts like Tae Kwon Do, Karate, so on and so forth, Brazilian Jiu Jitsu doesn’t have a standardized “testing system”. Meaning there’s no official format for a practitioner to follow to get promoted. With TKD, and Karate, there are forms you must learn and be able to perform in front of your instructors. In BJJ, there aren’t exactly “forms” you must learn. There’s techniques for sure, but as far as a choreographed, synchronized forms, like you see in TKD, there isn’t really any for BJJ.

So now, if you have no knowledge whatsoever of BJJ, I bet your eyebrows are furled, and you’re wondering, “Well then, when the heck does one get promoted?” In Brazilian Jiu Jitsu, the belt system goes like this, White, Blue, Purple, Brown, Black, and that is just the Adult Belt Class. For children, it gets more complicated with various colors. If you would like to get even more in depth with it, after Black there are degrees to the black belt (1-6), there’s Coral Belt #1 (black and red, or 7th degree Black Belt) Coral Belt #2 (white and red or 8th degree Black Belt) and then there is the legendary Red Belt. I apologize for the digression, but to put things into perspective, there are only 39 verified Red Belts in the world to this day. To quote two famous BJJ practitioners, Renzo and Royler Gracie, if one was to receive their Black Belt by 19, the earliest they could receive their Red Belt was when they turned 67. I don’t know about you, but that is a VERY long time.

Now that I’ve gotten that out of the way, let’s talk timelines. Everyone who starts Brazilian Jiu Jitsu, whether we’re talking about an eight-year-old, or a 38-year-old, starts at a while belt. Practitioners under the age of 16 follow the guidelines set by the International Brazilian Jiu Jitsu Federation (IBJJF) in their belt levels. Once a practitioner reaches 16-years-old, or they start older than 16, they can move onto the BJJ Blue Belt; which is a somewhat intermediate rank. When talking about the Black Belt however, it is prescribed in the IBJJF guidelines that a practitioner MUST be at least 18 years old, and that is just the minimum age. Which means that anybody who tells you they received their Black Belt before they were 17 is lying to you.

Ok so now hopefully you have an idea of how long it might take one to receive a BJJ Black Belt. To summarize, it can take a while. So what about the interim periods? The time between one belt and the next? Well if you’ve ever seen a Brazilian Jiu Jitsu belt, you’ll notice they’re solid colors, with a black tab on one end of them. On that black tab, instructors, more commonly called Professors, award stripes based on performance. Normally it takes four stripes to be considered eligible to be promoted to the corresponding belt, but there are some circumstances where a practitioner may have four or less stripes on their belt, and still get promoted.

“Yeah, yeah, yeah, I get all that. Why does it still take forever?”

Well that answer is easy, yet for those who don’t practice, you may not fully understand. As I said before, there isn’t really an official forum, or guideline, to promoting students. There are some schools that do have their own testing procedures, but ultimately, there isn’t a prescribed IBJJF testing guide to promotion. The decision to award stripes and belt promotions rests with the professor of the academy. How do they make that determination? By performance, attendance and attitude. Like any sport, BJJ is extremely difficult to just pick up and instantly become a natural at. It’s possible, but for your average Joe, it’s pretty hard. The feeling of participating a sport where you’re literally outside your comfort zone, and inside someone else’s personal space is usually a big turn off for a lot of people. Then there’s the submissions, the sweeps, the positions, the required flexibility, all of this information just flooding in; obviously not all at once. It takes a long time guys. I’ve been doing BJJ for almost 7 years now and I’m sitting at a Blue Belt. But comparing myself now, to let’s say four years ago, I can see a huge difference in my performance.

Time/attendance is also a huge factor in this. Not everyone can commit to practicing Brazilian Jiu Jitsu 5 days a week. People have jobs, schools, other commitments that make 5 days a week seemingly impossible. For me personally, I work a weird schedule so some days I might be able to do 3 days a week and the other I can only do 2 days a week. It happens. You have to make do with what you got and sometimes being an adult gets in the way of your mat time. It’s ok. Nobody is going to think less of you if you can’t make it quite as often as others because you have other responsibilities.

If you read my other article about dedication, it ties in nicely with this article. You need to be patient when it comes to Brazilian Jiu Jitsu. You are going to get frustrated, you are going to lose, you are going to want to quit, and you are definitely going to wonder “just what the hell is going on?” That is 100% natural in learning something brand new. To piggyback off of getting frustrated, an even bigger piece of advancement in Jiu Jitsu is attitude. Watch a BJJ Black Belt match. Or any belt level match. It starts the same: Slap Fist-Bump Roll. When it’s over, Slap Fist-Bump Roll, and even possibly a hug. A respectful attitude is everything when it comes to Jiu Jitsu. It shows maturity not only in yourself, but in the face of defeat as well. I have lost in tournaments, and in friendly matches many times over. Not once, did I ever disrespect my gym, my professor, my opponent, or the sport by being angry, cursing, yelling or just being a sore loser. I can guarantee you, if you have a piss poor attitude after a defeat, in class, or you’re being an arrogant self-centered prick after a victory, you will remain a white belt for a very long time, or until your attitude changes. I guarantee you.

Patience. In BJJ, there’s no such thing as immediate gratification. There’s only hard work and dedication. And believe me when I tell you, when the hard work and dedication pay off, the gratification is much more satisfying. I can’t even describe how happy I felt when my professor called my name to be promoted and tied the Blue Belt around my waist.

“To learn patience, is not to rebel against every hardship”