The Fear of Failure, the Subsequent Lack of Commitment and Why it Ultimately Leads to… Well, Failure 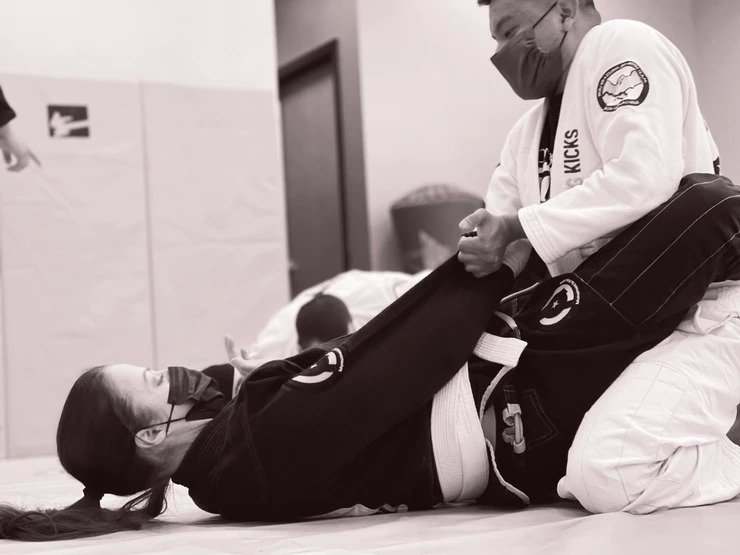 Failure can be defined as simply as, ‘the lack of success’. Failure can be accompanied by a variety of emotions including embarrassment, anxiety, anger, sadness and shame. Most would agree these are unpleasant feelings at best and some people would even argue that they should be avoided at all costs. That’s me. I’m Some People. I have found avoidance to be a great personal strategy in skirting the untoward effects of embarrassment, anxiety and shame. Arguably not the best coping strategy, but one I’ve honed over the years since early childhood. Who can relate? Avoiding failure keeps you in the “safe” zone. Avoiding failure also limits your growth potential by a staggering 657%. I totally made that number up, but I think you get the point.

So, how does this translate to Jiu Jitsu? Well for starters, it took me over 5 years to finally attend a BJJ class after my initial interest. Five years. Because, well, what if I wasn’t good at it? What if I totally sucked? (There was also the anxiety of not finding a parking space and coming to the wrong class, or wrong gym, for that matter- details in a previous blog.) I finally went and I found that I really liked it. Like, really, really liked it. I wasted five years thinking about it, but never committing. That’s a huge loss. Five years of confidence building, five years of skill building, five years of a tight knit comradery with the LK gym family, and the list goes on. Then there’s the issue of “really liking something”. If you really like something, the stakes are instantly increased. If nothing is special there can be no disappointment or failure. Anniversary? Nah. Don’t even remember the date. Personal achievement? Nope. Anyone could do that. I prefer to play it cool. Remain aloof. I may articulate, “I do Jiu Jitsu to learn how to defend myself and stay physically active.” But secretly, I do Jiu Jitsu to test my skill and my mental fortitude. How much can I learn? How fast can I improve? How far can I push myself? How effective am I at teaching others? Can I become a choke master?? (I would like this to be my signature move and for people to whisper as I walk by, “Dude. Watch out for her Paper Cutter. It’ll get cha every time.”) I circumvent true commitment by not verbalizing my goals with my teammates and not being transparent. I’m can’t be held accountable if I don’t tell anyone. If I don’t commit, I can’t fail. If I never enter a BJJ competition, I’ll never lose. If I never really, truly “get after it”, I’ll never be held back by my knee injury. If I don’t set a goal of earning a black belt by age 50, I won’t be disappointed when it doesn’t happen (but, does it ever happen at 50? 55? 60?? Asking for a friend….)

I have allowed myself to believe that I’m doing myself a favor by avoiding failure, when in reality I’m missing out on opportunities for growth, which is really a failure in itself. Failure teaches lessons. Failure teaches you to be stronger. Failure keeps you grounded and humble. Failure builds strength of character. Embrace your failures. Sign up for the competition, commit to martial arts training, go for the arm bar, roll with the bigger guy, and dedicate yourself to the lifelong journey of BJJ. Jiu Jitsu does something to you. Or maybe it’s your Jiu Jitsu comrades. It’s probably both; I don’t really know for sure. I do know that my old, poorly designed coping skill are slowly being stripped away by this art of BJJ and I’m embracing the possibility of failure… and how I’ll be even better for it.

Check out Lightning Kicks Martial Arts if you’re in the Kalamazoo or Portage area. I promise there are plenty of parking spaces and exponential possibilities to grow, learn and achieve.