You’re Lying To Yourself 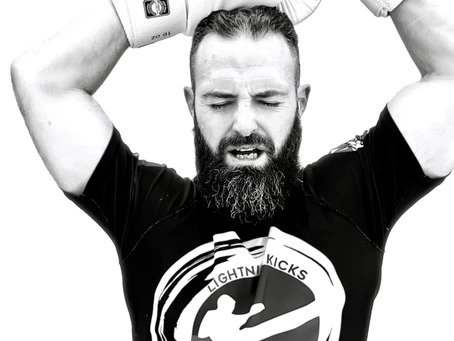 Several weeks passed since the day the Boy showed me his special trip to the camper, as well as several trips to see my therapist, Paula, to flesh out more of the details, emotions, and physical sensations that accompanied the flashback. And I was beginning to find myself in a new type of reality, a new existence where the past was seamlessly intertwining with the present. There were the pounding of hooves and the bellowing of the Minotaur, there were the flashbacks of Adoptive Grandfather and Adoptive Father’s abuse, the screams of the Boy that haunted me night and day, and the sensations on my face and in my mouth. This was all quite overwhelming, but ever since the flashback at the camper my …. would throb uncontrollably for days on end, sometimes weeks even. I discussed this with Paula, and she explained that this was my body’s way of releasing stored up trauma. Since I was unable to acknowledge and grieve these experiences when I was still a Boy, my body simply absorbed the experiences and locked it up somewhere in my body, hoping that one day I would be in a better place, a safer place in which I could release the pain.

I felt as if my past was swallowing my present as the Boy continued to chip away at the walls he had built, and I felt as if my life were spiraling out of control. I began to question my judgment in exceedingly greater degree as I was unsure of the rules of this new hybrid reality I was descending into. Sleep continued to evade me as I was certain I heard the pounding of hooves outside my bedroom at night, and my abusers relentlessly visited me in my dreams. And although Susie was trying her damnedest to stay strong, I knew she was getting worn out from my constant struggle to regain my will to live. My intense fear of people was budding into a full-blown agoraphobia, and I trembled at the thought of leaving the house.

But I did leave the house and I did step foot in my office, surrounding myself with people whom I was convinced had bad intentions for me, convinced that they were all plotting to hurt me in unimaginable ways, and it was only a matter of time before they made their move. So, when it was time for me to take my lunch break and head into Lightning Kicks, the MMA gym I had been frequenting, I had half a mind to drive home instead and put an end to this madness. No more pain, no more flashbacks, panic attacks, body memories, and no more relentless fear of being …. and …… by any number of people I interacted with daily. I could drive home, head into the kitchen and grab the sharpest ….. I owned and begin ……. until my whole body reached a sweet and beautiful level of numbness that would assure me the ghosts of my abusers would torture me no more.

I started the engine and my hand hovered over the gear stick eager to end this torturous journey when I heard a familiar voice whisper into my ear, “You’re lying to yourself, Aaron.” It was Amir, my MMA coach. “You’re lying to yourself, Aaron,” he said again, and I thought back to the moment I first heard him say those words. It was during a grueling practice designed to test our limits and expand our threshold for pain. There was no skill involved, no technique or drilling, just sheer pain and the process of taking us to our perceived limitations, to the point we thought we had enough, where we were ready to throw in the towel and quit. And it was in one of those moments where I felt I had reached my threshold, keeled over from the pain when I heard my coach direct me, “You’re lying to yourself, Aaron.” In the moment I didn’t think to question my coach, for I trusted his guidance and expertise and got back to work. I knew that by continuing the hammering process I would become a more powerful opponent and a more capable, resilient fighter. And as I sat in my car with my hand hovering over the gear stick, hovering between life and death, I heard my coach a third time, “You’re lying to yourself, Aaron,” and I headed to practice for another lesson in pain management. – Excerpt from Capturing the Ghost by David Tanner Lauka